Will Salford and Manchester Council listen to British Cycling this time? 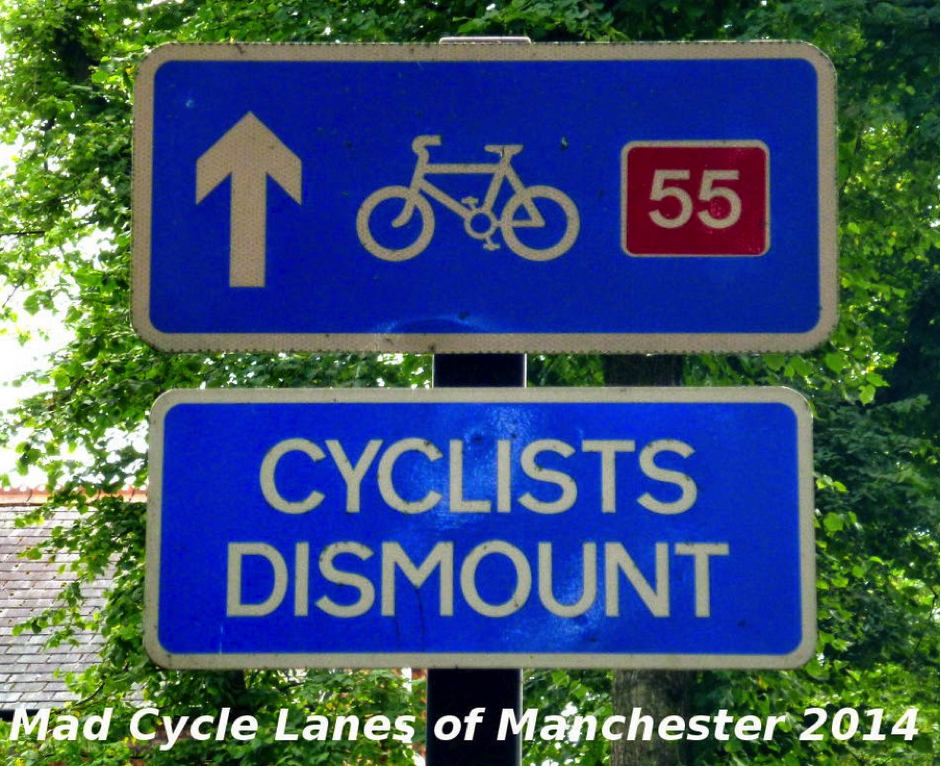 It is well known in Salford that we have major problems with being below the national average for life expectancy, health, fitness, pollution rates, congestion, living standards and personal wealth. Whilst these issues are certainly not specific to Salford alone, it has been suspected for a long time that investing heavily in encouraging people to cycle would go a long way to relieving some of the worst of these problems. In London for instance, there has been a concerted effort to get people on bikes and it has taken major investment to put in place a vast scheme of easily accessible rental bikes and cycle superhighways that cross the city, which has had a measure of success.

But in Salford very little has been practically achieved and where there are specific existing cycle routes, they are largely decrepit and poorly designed, and made to fit in around car lanes which have the priority, making them unsafe. Cycling through Salford is not a fun experience at the moment, but with a little investment there is no reason why we couldn’t make it a really cheap and safe way to get around and stop wasting money on fuel for those short journeys. British cycling estimates just £10 per person per year could achieve this.

But councils nationally are squeezed too hard for money to implement it. Sadly Salford council already knows this  as some solid objectives were laid down in 2012, but largely very little has been done and the planned new routes in Irlams o’ th’ Height have taken an age to outline, yet alone implement, largely because the money is not in place.

To get a taste of just how bizarre Salford and Manchester’s cycling lanes are visit this website, it makes for both humorous and uncomfortable viewing: http://madcyclelanesofmanchester.blogspot.co.uk

Even in London where there has been investment and big plans, work has been stalled and even cancelled for ambiguous reasons, with many of the planned cycle super highways being dropped, and some being declared so unsafe they are going to have to be re-designed and rebuilt. Out of the planned twelve cycle super highways, only four have been completed and the rest were delayed or cancelled. So whilst some efforts are well- intentioned, they are slow and half-hearted.

British Cycling has, for a number of years, been telling us just what the major benefits of increasing public levels of cycling could be. In a report produced in 2013, which was widely considered to be rather ambitious by the ruling parties, the organisation made some observations and recommendations about increasing public levels of cycling to help increase the living standards of people living in major cities in the UK. The organisation pointed out just how far behind our European neighbours we are:

“In The Netherlands, 27% of journeys are made by bike, followed by Denmark on 19%. Even Germany manages 10%, with Austria, Switzerland, Belgium, Sweden, Italy and France all lying between 5% and 9%. Britain, however, languishes towards the lower end of the European league table with less than 2%”

Largely the documents produced no major changes in public policy, despite this coming from a well-respected institution which is credited for Britain’s recent rise as a dominant power in global competitive cycling.  The document can be found here: http://allpartycycling.files.wordpress.com/2013/04/get-britain-cycling1.pdf

On 16th October 2014, British Cycling released a comprehensive study, completed by a transport expert, comparing directly the benefits gained if the UK were to plough investment into cycling, in a similar way to countries such as Demark and the Netherlands. Being based in Manchester, you can see some of our local highlights in the report and British cycling is clearly thinking of cities like ours with this report, the summary of which can be found here: http://www.britishcycling.org.uk/zuvvi/media/bc_files/campaigning/BENEFITS_OF_INVESTING_IN_CYCLING_DIGI_FINAL.pdf

Some of the claims made by the new report are extensive in their scope and do directly address some of the most pressing problems in Britain’s most populated cities, that of: pollution, traffic, low rates of exercise, poor health, noise pollution, road deaths and overloaded public transport. The report suggests that Danish levels of cycling in the UK could help to improve all these elements and save a vast amount of public money in the process. The evidence from the report shows that:

And perhaps the most relevant to us in Salford is that we are constantly being told we are one of the poorest cities but investment in cycling has been shown to generate a large amount of jobs and increase mobility of the nation’s poorest families by 25%.

Now that there is little ambiguity about the situation anymore and these effects are tangible, and proven, it remains to be seen whether they will be adopted or this report will be ignored like the last. But initially the signs are not good, the department of Transport made an announcement the day after British Cycling’s report making some promises which have been immediately denounced as not good enough by prominent British Cycling representatives Sarah Storey and Chris Boardman. At the Green Party, cycling is key to how we want to make people healthier, happier, more mobile and have a better quality of life, and we take reports like this extremely seriously. We just hope that the government would too, and perhaps stop the HS2 madness and use that money to turn Britain into a cycling nation.

For more news, contact your local greens.  Use facebook for a quick look at Events, or use email to get a direct reply.  Secretary:  Wendy.olsen@greenparty.org.uk